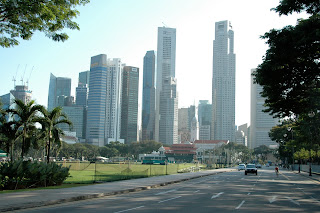 Singapore was my last stop on my journey back to Aus. I arrived in good time on what was a pretty simple and straight forward trip from KL.

Well the rumors are true. Singapore is expensive! Not ridiculously overpriced, but it's a lot more of a shock than the rest of SE Asia. My hostel was pretty pricey but it was the cheapest around and there was a decent bar attached, so it had advantages that other hostels didn't. I was staying in 'Little India' too, which was a pretty interesting place. A lot of Bollywood, Indian restaurants and well... Indians I guess! 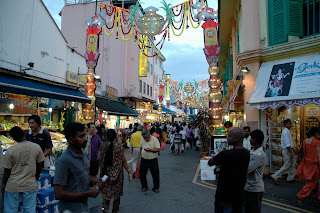 Singapore is well know for being the hub of Asia. This is made quite apparent through it's diversity and multiculturalism (one thing the rest of Asia is missing). The place seems to be made up of Tamil Indians, Chinese and Malays. Because of this there is n 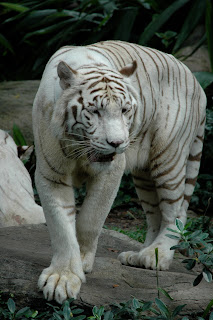 o dominant language, which pretty much makes English their official language. Though most ethnics speak their native tongue, you would have a difficult time finding someone that didn't speak excellent English.
Another thing that Singapore is well know for is for being crazy clean. And it is certainly that! I was even tempted to lick the pavement because of it. But it's nice to see Asians being very clean... a contrast to what you may see in other cities. This could be due to their many bins scattered allover the streets (one thing Korea hasn't really heard about). It could also be due to a bit of Singaporian pride and the locals want to keep the city clean. I personally think it's due to the whopping big fines that are strictly in-forced and the people are just too afraid to disobey the law. 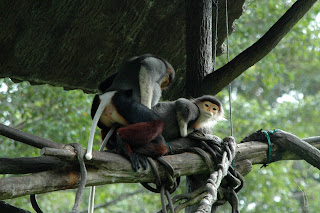 One highlight in Singapore for me was actually going to the zoo. I have never really been that into zoos, but thought that I would head to this one to see if it was as good as I'd been told. The first highlight of the zoo was the fact that I got in for free. This 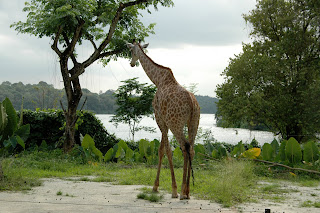 was because a Singaporian family had a free pass and offered it to me for nothing. Sweet huh! Thanks guys!
The zoo itself is pretty nice too. Lot's of cool animals and the park is a comfortable place to wander around. Plus I even got to see a rare bread of monkey having sex. Lucky huh!

I also ate some kick-arse Indian food in Singapore too (one of the advantages of staying in Little India). I'd write about the food but I might get a little to excited a start to literally eat my words!
Posted by clarkysk8 at 3:45 AM