The AC sleeper compartment was well comfortable! So glad I upgraded from the basic sleeper! I managed to sleep nearly the entire trip from Ahmedabad to Udaipur.
Udaipur is famous for being the “romantic” town of Rajasthan and is also referred to as a “fairytale” city. It was also the setting for the 1983 Bond movie, Octopussy. The pride of this fact has never seemed to wear off the locals, as they replay the movie in most restaurants every single night! 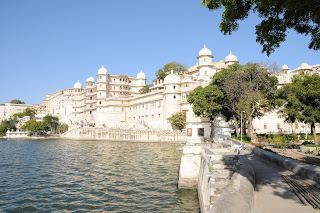 The town really is quite pretty. Set along Lake Pichola, there is a fantastic city palace as well a lake palace, which takes up an entire island in the middle of the lake. This palace is now a 5 star hotel, which cost around 19,000 - 69,000 Rupees a night (convert that one to AUD)! Most of my time here was spent walking around the town photographing. I did visit the city palace too. It was cool, but it looks a lot more impressive from the outside. I also managed to eat plenty of good curry, drink lots of chai and catch up on a bit of reading (read the White Tiger, which seems to be the most heavily flogged book in India). 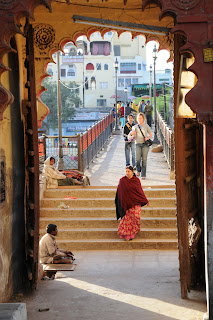 On my last day, did a quick visit to a nearby car museum that houses 22 classic cars (owned by some Maharaja). One of which was a Rolls Royce used in Octopussy.

At night, there didn’t seem to be a whole lot going on. I did manage to catch Octopussy twice though, which seemed to be as exciting as things got in the evening. 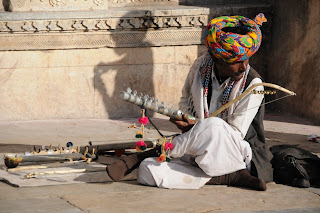 Overall, Udaipur is a nice place and even with all the streets full of people, cars, auto-rics, motos and cows, It does still have a sort of peaceful feeling about the place which I quite liked.