Time to wave your Mumbai!

I have to admit, I've never really been that psyched about coming to India. I just felt like it was something I had to do.
Before I came, I had the expectation that the place would be pretty full-on! Lots of traffic, quite dirty, plenty of beggars & touts and a better than average chance of getting diarrhoea. So, I was not all surprised when I received all of the above! 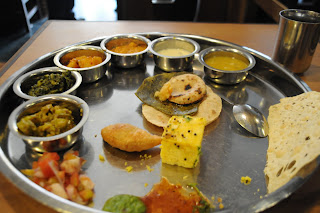 My first morning in Mumbai consisted of a bit of running around, trying to sort out train tics for onward travel. But once that had been sorted, I went out and did a bit of exploring. The first thing I saw was the train station. Sounds boring, but it’s actually quite impressive. It's huge! I guess the English designed and built it with the intention of using it, but bounced on out of India not long after it’s completion. But it makes Sydney's Central station look like a bus stop!
After the station I wandered round a nearby market for a while and bought a "silk" (more like satin) sheet for the train as I had booked the lowest sleeper class where bedding is not provided. While I was in the market I stopped for some 'Thali' for lunch. 'Thali' is awesome! So much good food and they just keep on bringing it. Definitely won't be the last time I have it while I'm in India, I'm sure! 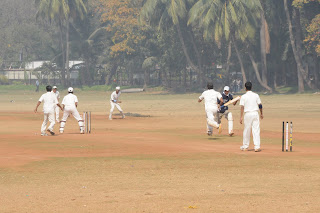 After lunch, I went down to the University and High Court to look around a little. These buildings too are truly amazing. Even more so than the Station! It does fascinate me that the English put so much work into designing and building such amazing architecture in a country they were merely occupying. But I guess they did have a billion cheap labourers on hand after all. 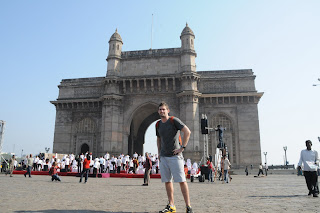 Across from the Uni was a bunch of cricket pitches and Indians in their whites playing a few games. This was pretty cool to watch.
Later that day I walked down to the 'gateway of India,' which is a large arch down by the harbour. This place was rather touristy and full of touts, but still relatively interesting none-the-less. Next to the Gateway is the 'Taj Mahal Palace and Tower.' No, it's not the big white ice cream cone! But it is a beautiful building that has been converted into a 5 star hotel. This place is also the location of where there was a terrorist shooting a few years back.

On the 2nd day I hopped onto a boat and headed over to 'Elephanta Island.' There aren't any elephants here but there are plenty of monkeys! After seeing monkeys in many other places before, they really don't excite as much as when I was a
kid. Don't get me wrong, I still enjoy seeing a good monkey fight and do wish I owned one and could train it to be my duelling buddy. But pretty much now when I see a monkey I just keep them in the corner of my eye and pray they don't try a
nd nick my stuff. 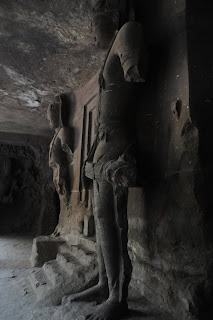 Anyway, enough about monkeys! Elephanta Island is famous for a series of impressive Buddhist caves that have some really nice carvings and sculptures. I didn't know what to expect when I arrived there, but I actually really enjoyed wandering around through the caves checking out
the carvings.
After the island, the day dragged on a bit. I had a train out of Mumbai booked for 9:45, but really struggled to find a way to fill my time. The trouble with travelling solo is that sometimes you get bored real quick! I don't love travelling alone, but sometimes it's the only option. The advantage is being able to make your own plans a
nd decisions. The disadvantage is like I said... Getting bored! Generally I meet plenty of people while I travel, but often you have some quiet times, which tends to increase your anxiety and nerves. 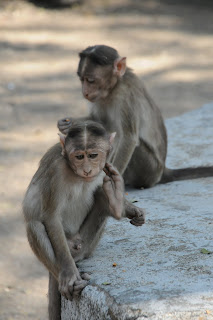 My first sleeper train in India was rather interesting. It was packed full of people, dirty and really uncomfortable. I had to use my jumper as a pillow and couldn’t sleep due to the insane shaking of the train. Usually the shaking doesn’t bother me so much, but this was more than just a slight rattle! 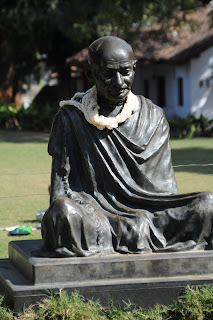 Anyway, after a crappy night I arrived in Ahmedabad. I wasn’t staying here (thank God), just spending the day while I waited for my next train.
Once I arrived, I checked my bag into the station’s cloakroom and set about exploring the city.
The only real thing notable here was ‘Sabarmati Ashram,’ which was Ghandi’s former headquarters. The Ashram was relatively interesting and was quite a nice peaceful place. I was pretty tired though from the night before, so while I was at the Ashram, I found a nice piece of lawn and had a bit of a snooze. It’s not everyday you get to sleep in Ghandi’s backyard! He does have nice grass though!
For the rest of the day I walked around the city looking for sights on the Lonely Planet’s map, most of which I couldn’t find. The day was LONG and I was quite happy when the evening arrived and I boarded the train on out of town.
Posted by clarkysk8 at 6:16 AM