A quick stop in Dali and Kunming 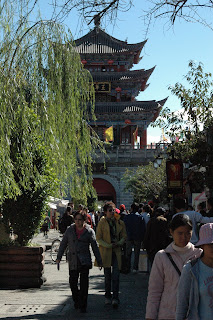 So, after travelling with Sarah, Chantal and Dennis for almost 2 weeks, I said goodbye to them and set off to Dali. Dali isn’t too far from Lijiang, so the bus trip there was relatively tame. I ended up staying at the ‘jade Emu,’ which is an Australian run hostel. It was a fun place, and I spent the night drinking and playing pool with other guests. I met an Aussie guy named Trent who was riding his bicycle with his girlfriend from London to Vietnam! They’d been riding for about 6 months so far and had covered some pretty good distance and seen some pretty sweet places.

I stayed 2 nights in Dali, but didn’t do a whole lot. The old town was cool, but not as cool as Lijiang and the mountains were nice, but not as nice as the Gorge. I ended up meeting a few people that I had met previously in Lijiang and we hung at night with them for a bit, but we really did nothing special.

After the 2nd night I headed to Kunming. The main reason why I went there was to obtain my Vietnamese visa (which I later discovered I could’ve done in pretty much any city). I arrived on the weekend, which meant that I had to wait till Monday till I could visit the embassy to get my Visa. I didn’t find much to do in the city of Kunming (though I hear there is a lot to do outside the city). I pretty much hung out at the hostel and studied Korean or went downtown and wandered about. On the Sunday night I went and saw a performance called ‘Dynamic Yunnan’ (Yunnan is the name of the province). The show was really cool! They performed with drums, singing and there was a chick that did a peacock dance, which was a traditional dance performed by people in the region. It was cool! I highly recommend it if you are ever in Kunming! 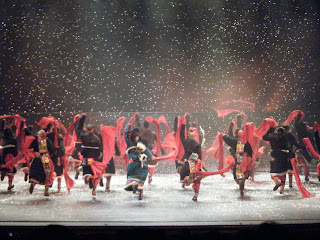 On the Monday, I went and got my Visa! I also saw Trent (The cyclist) there too, which was a strange coincidence. The visa took a day and it was ready just in time for me to get it before I hopped on a train out of Kunming.